What is Islamic Banking and How it Differs From Conventional Banking

Banking systems and financial institutions are an important part of our lives and the country’s economy. A strong and well-functioning financial system is fundamental to developing or developed economy. It provides financial support to businesses, organizations, and the economy. 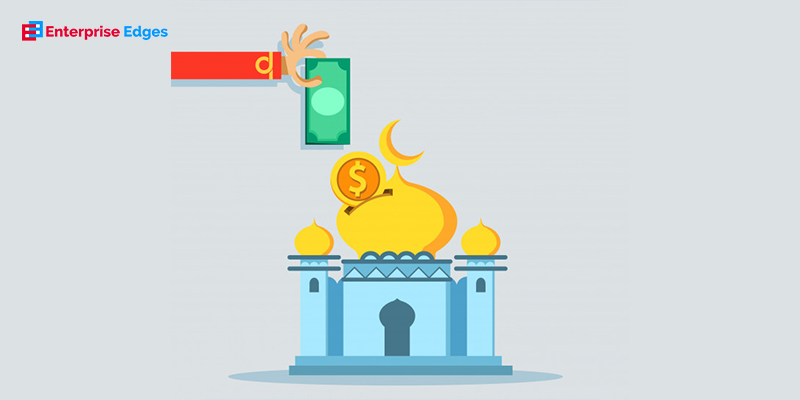 Banking is a business of money that includes deposits and lending to the public. If banks fail to perform these tasks effectively it will impact the entire economy, including the banking sector. In such situations, banks must be able to absorb the shocks and meet their goals and obligations. To ensure this, there is a mechanism in place that carries out these functions following the strict guidelines for compliance. It is called the banking system.

What is the Banking System?

It is the system in a country through which the money supply in the economy is created and controlled. Since there are thousands of different kinds of banks in a country, there is a need for a regulatory system in place to avoid an arbitrary situation in the state. The banking system is a structural network of banks and financial situations that provides financial services and support to the businesses, companies, citizens, and the entire economy. 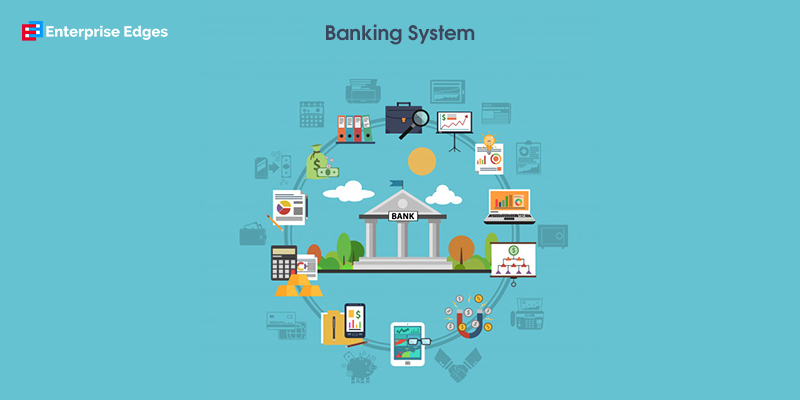 A conventional banking system involves commercial or retail banks that operate to take deposits and provide loans, investment banks for capital marketing and trading, and the central banking institution that is usually the apex bank as it is responsible for creating financial policies and issue money. We are all well aware of a traditional banking system operating in our country. However, there are other types of banking systems in the world, too.

The one that often draws attention from people is Islamic banking. Many people think it is a financial institution or a bank created to serve the Muslim community only. That is not true. It is a banking system that welcomes people from all walks of life. Here, let’s learn more about Islamic banking.

The fundamentals of Islamic banking find its origin from Islamic law, Sharia. It is guided and implemented on the basis of Islamic economics. 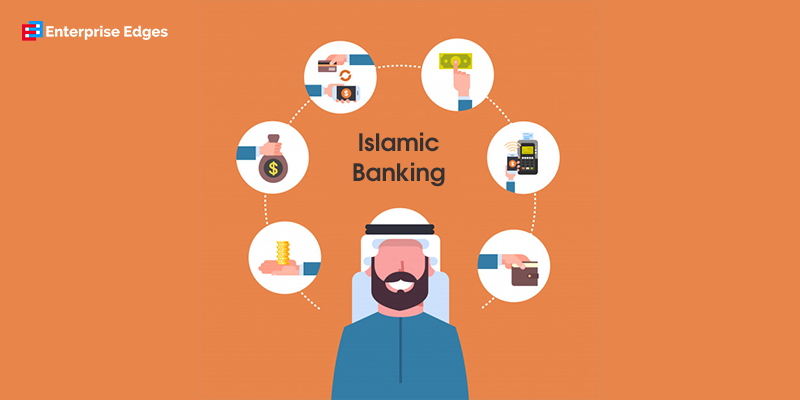 All banks under the Islamic banking and finance must follow Islamic morals, code of conduct, and rules which are referred to as Fiqh al-Muamalat. There are more than 500 Islamic banks in the world. This includes windows at commercial banks that provide Islamic banking services to the customers. Globally, these banks are involved in providing different types of banking services such as Insurance (Takaful), Bonds (Sakuk), and Sharia capital market including Islamic funds.

As mentioned above, Islamic banking follows Sharia law that is based on their holy scriptures, Quran and Hadith. These books contain the recorded teachings, sayings, and actions of the founder of Islam, Prophet Muhammad.

For guidance and more information, the bankers must consult the learned scholars, customs, or teachings of the Quran. No matter what happens, the ideas and practices of Islamic banks must not deviate from the basic principles of their founder.

As per the Islamic doctrine, Islamic banks are non-interest organizations. This means they operate on two basic principles:

1) Sharing of profit and loss and

2) prohibition of collection of interest, known as riba, by lenders, investors, or any other party.

Apart from these two principles, Islamic banking prohibits a variety of activities in compliance with  Islamic law. This includes:

Payment or collection of all forms of interest. In order to prevent the use of interest, Islamic rules on transactions have been executed. These laws are known as Fiqh al-Muamalat.

Investment in businesses that are against the Islamic morals and laws are forbidden. This includes businesses involving the trade of alcohol, pork, media, gambling, pornography, and more.

The idea of charging extra in the name of late fee is not encouraged, too. This is known as Murabahah, a reference to cost-plus financing. However, some scholars have accepted this idea in the case of charity donations or when buyers have deliberately refused to make the payment.

The Islamic financial system proscribes gambling or any kind of financial transaction based on speculation. Such transactions are termed as Maisir, and gambling is completely against Islamic law.

Similarly, transactions that involve uncertainty or ambiguity are forbidden, too. This is because such situations involve risks and have the possibility of leading to fraudulent behavior. These kinds of transactions are termed as Gharar.

Meanwhile, Islamic banking theory pronounces money as just a medium of exchange. It encourages making debt-based contracts through palpable assets that one owns and has the right to sell.

In addition, some sources suggest that Islamic banks must collect obligatory religious alms called zakat from the customer’s account.

The Islamic Research and Training Institute of the Islamic Development bank says that the banks are part of a financial system that encourages risk-sharing between all the parties involved – the investor, bank, and the entrepreneur.

Making sure that Islamic financial principles are implemented and followed strictly is an independent advisory council known as a Shariah Board. Bankers, lawyers, and religious scholars trained under Sharia law can be a part of this board. Additionally, a body of external auditors called as Accounting and Auditing Organization for the Islamic Financial Institutions are required to audit the banks and keep a check on whether the banks are working in compliance with the set standards of Shariah Board or not.

So, the question arises, where does the Islamic banking system earn and make profits from?  The revenue and profits are earned by what is termed as equity participation. Equity participation allows partial ownership in exchange for financing. This means that if the bank is providing a loan for a business, the borrower is not required to pay the interest, but he/she must give the bank a share of the profit earned on the investment.

There is no definitive date set for the beginning of Islamic Banking. This financial system is centuries old, dating back to the origin of Islam in the seventh century. Prophet Muhammad’s first wife, Khadija, a merchant, is said to have used several principles of the contemporary Islamic banking system. 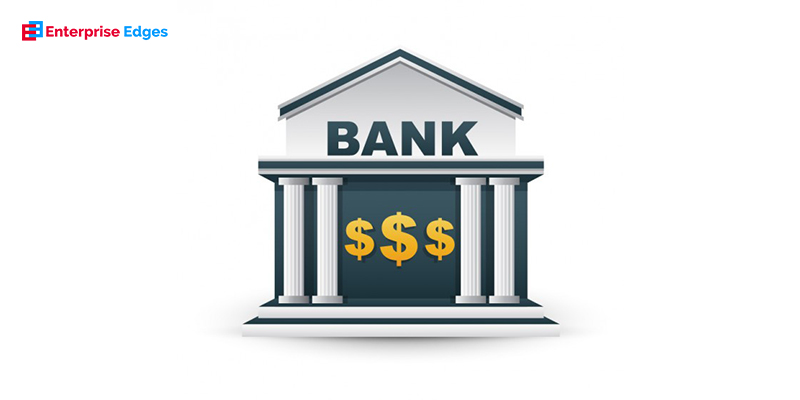 However, the birth of modern Islamic banking can be traced back to the late twentieth century. It is a recent development when compared to western or conventional banking systems. The first Islamic bank was introduced in 1963 in the village of Mit-Ghamr in Egypt’s Nile Delta. Though this was started as an experiment that did not fare well, the idea of Islamic banking that reduces the risk only grew further.

Finance Ministers of the Islamic Countries advocated the concept at the First International Conference on Islamic Economics. Consequently, the theory of interest-free banking was put in practice. In 1975, an intergovernmental bank was created. Following which, the first-ever privately-owned Islamic bank called Dubai Islamic Bank opened along with other banks in countries like Sudan, Egypt, and Kuwait. The majority of these banks were found in Muslim countries. Meanwhile, the government of Iran and Pakistan implemented Islamic banking system in all of the banks.

Today, these banks continue to flourish. They are growing in number and profit. At the same time, some of the conventional banks offer Islamic financing options, too, through their windows.

Difference Between Islamic and Conventional Banking

If you are wondering what conventional banking is; then let us tell you that it is by far the most commonly used banking system across the globe. The majority of banks in India and other parts of the world use principles of conventional banking for operations and activities. 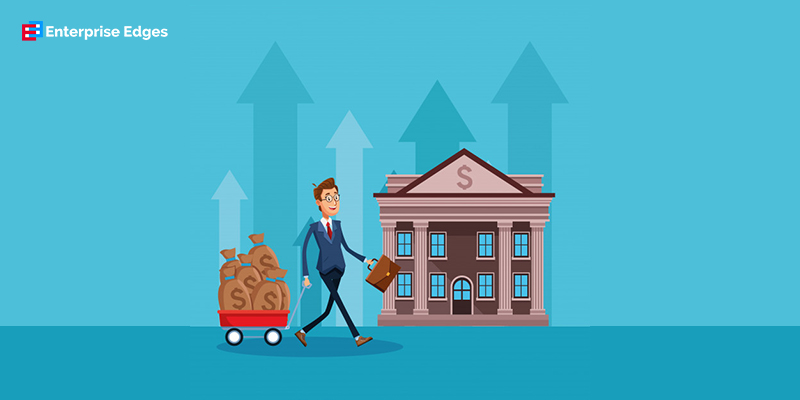 Even though Islamic banking products are similar to that of conventional banking, there is a major difference in their objectives. Conventional banking provides a predetermined rate of interest to the investors and seeks a fixed amount of earning by maximizing returns even at the cost of the society or the investor. Meanwhile, Islamic banking aims to conduct interest-free banking.

Islamic banking is based on the teachings of Islam and the principles of Sharia law. On the other hand, conventional banking is based on man-made laws. Their main motive is the business of money which has sometimes intervened with moral standards of society.

In Islamic banking, interest is completely prohibited. They operate on profit and loss sharing. This means that if the person has suffered losses, the bank will share the losses. On the other hand, conventional bank thrives on interest. Interest is charged even in the case of losses. No matter what happens, you will have to deposit the premium.

Based on Islamic law, these banks prohibit investment in practices that are considered unethical or highly risky by religion. Meanwhile, conventional banking works without any restrictions.

Both the financial system accepts deposits and advance loans to their customers. However, they are vastly different in their practice, operations, and objectives.

Even though it is slow-growing, Islamic banking is the largest sector in the Islamic finance industry. It owns 71% of the entire assets of the industry. With evolving technology, the finance system is developing at a high rate trying to catch up with the latest trends and stay relevant in the market. The digital revolution is beginning to transform the Islamic banking sector as witnessed by the launch of several digital-only Islamic banks.

Undoubtedly, the banking system has gained a foothold in Muslim and as well other countries. The industry continues to grow by leaps and bounds. What makes these banks appealing is that they comply by higher moral standards and completely reject the idea of risky investments. At the same time, the earnings are acquired by identifiable assets. Therefore, it is considered highly transparent.

Role of Online Banking Services in Banks and Financial Institutions

Everything You Need to Know About Private Banking Services in India