11 Types of Banking Services Provided by Banks In India

If banks did not exist, where do you think you could safely keep your hard-earned money? Where would you get a loan from? Who would you approach to collect the payment from for your services? Banks are a financial institution that is essential to our day-to-day functioning and imperative for the growth of an economy. You would be surprised to know that banks have existed since forever. There is evidence of banking activities in ancient times when merchants roamed around the cities providing loans to farmers and traders against grains and their goods.

Over the centuries, banks evolved to become a financial institution where one could deposit and withdraw money from. With technological development, banks are now more than simply cash management service. Now, the services offered by banks assist people in living a quality life as per their financial situation. This blog will shed light on the importance of the banking system and different types of banking services provided by modern banks.

What is a Bank?

A bank is a financial institution that is authorized to receive deposits and offer loans to their customers including individuals, corporates, and groups. Additionally, they provide financial services to regular public such as loans, wealth management, investment services, currency exchange, safe deposit boxes and more. 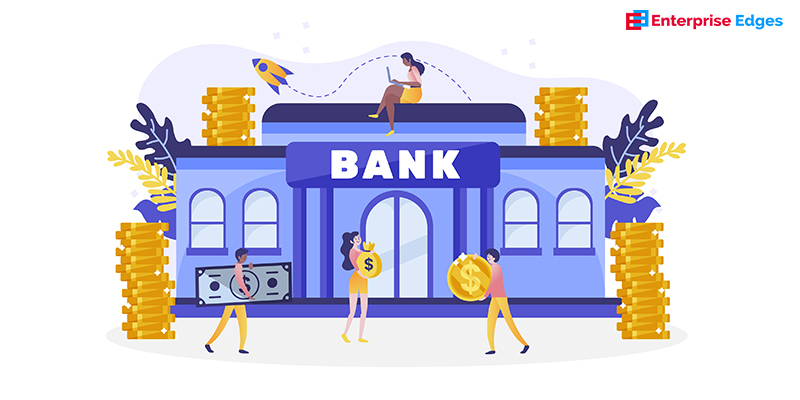 Banks are important to a country’s growth and development and essential to its financial stability. This is why most of the banks are highly regulated by a governmental authority of the country.

In the modern era, there are different types of banks that are essential to the smooth functioning of the economy. Let’s learn more about them in detail.

They are also known as retail banks. These types of banks are extremely important as they manage money for individuals and small businesses. Apart from withdrawal and deposits, these banks are also allowed to provide short term loans to individuals and small enterprises. Customers can perform most of the fundamental banking activities in these banks. The top commercial and retail banks of India are State Bank of India, ICICI Bank, HDFC Bank, and Axis Bank.

These banks are essential to the functioning of big corporations, big enterprises, government, and other entities. These banks act as a financial intermediary and provide a variety of services for the large industries. Some of the most reliable investment banks are JP Morgan, Citigroup, Bank of America, Deutsche Bank, and Barclays.

This is a reference to banks that are associated with national postal system to provide the citizens with basic banking activities.

Also referred to as RRBs are banks that are created to serve rural and agricultural sectors with basic banking facilities.

Co-operative Banks in India are registered under Co-operative Societies Act, 1912. These banks operate at the urban and rural level both. They were created to serve entrepreneurs, small businesses, industries, and self-employed personnel, and more.

Central banks are mostly apex banks in the banking industry. These banks provide banking services to the government. It creates financial stability in the country, controls irregularity, designs monetary policies, and it is responsible for the money supply in the country. Reserve Bank of India is a classic example of central banks.

Apart from these types of banks, other classifications in India include development banks, land-development banks, and foreign banks. In addition, in the light of technological development, there is a new inclusion in the list, and it is online banks or digital-only banks. Even though most of the banks have their own digital platform, a new breed of banks is emerging that can only be accessed through the internet. These banks do not have brick-and-mortar branches and provide customers the convenience of performing banking activities from any location.

The earliest example of banking activities has been recorded at various times in ancient history. During 2000 BCE, in Babylonia, temples were the center of economic activity as trade was limited to the internal borders. Both palaces and temples issued loans and wealth to the people.

Ancient Greece was more sophisticated in their banking system as the lenders based in temples not only provided loans but also deposited and offered change of money. Merchants used goldsmiths vault to store their wealth and gold in exchange for a fee. With passing time, goldsmiths started lending money to people. The first bank to open in the world is Banca Monte dei Paschi di Siena, established by Giovanni Medici in 1397, Italy. This bank is headquartered at Siena, Italy and continues to operate. Meanwhile, modern banking practices emerged in the 17th and 18th centuries.

This was one of the three banks founded by presidency government of India. The other two were Bank of Bombay and Bank of Madras. All three were merged into Imperial Bank of India in 1921. Years after independence, it became State Bank of India. As for Reserve Bank of India, it was established and registered under the Reserve Bank of India Act, 1934, in 1935. It was in 1949 when Banking Regulation Act was enacted, RBI was made the apex bank that could control, regulate and, monitor the banks of India.

Under the nationalization phase, the Indian banking industry was recognized as an important instrument of development of economy, especially after the independence. During the first phase of nationalization, the Government of India nationalized 14 banks in 1969. This includes Allahabad Bank, Bank of Baroda, Bank of India, Bank of Maharashtra, Central Bank of India, Canara Bank, Dena Bank, Indian Bank, Indian Overseas Bank, Punjab National Bank, Syndicate Bank, UCO Bank, Union Bank, and United Bank of India. 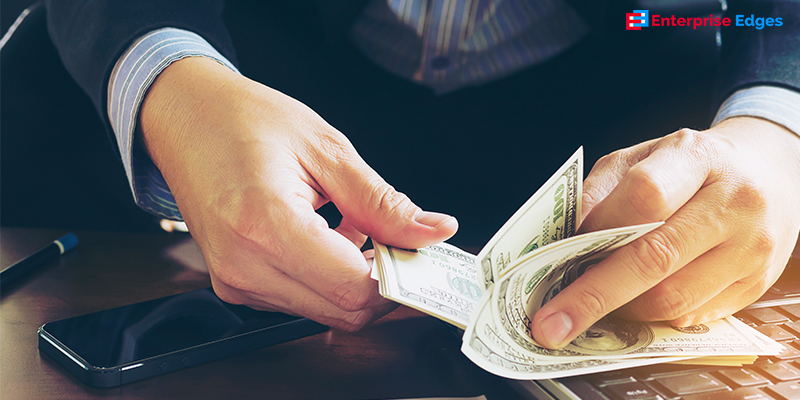 Another landmark movement for the Indian Banking industry was liberalization in the 1990s. During this time, the government opened the economy for private and foreign banks. These banks were termed as New Generation tech-savvy banks. This move along with technological development and rapid growth of the Indian economy caused a massive transformational shift in the banking sector. Banks started adopting technology and opened itself to new opportunities.

In 1984, MICR technology was introduced. In the year 1988, the computerization of banks started. Since then the industry has experienced massive technological upliftment.  There has been a digital revolution of sorts that has changed Indian banking system from conventional banking to convenient banking. Over the decades, banks have developed enormously with the help of information technology and artificial intelligence.

Recently, Indian Government created another milestone in the development of Indian banking industry by launching online payment systems United Payments Interface (UPI) and Bharat Interface for Money (BHIM) by National Payments Corporation of India (NPCI). Today, banks in India aim to provide fast, accurate, and quality banking experience to their customers with the help of internet banking and online banking.

Before the banking system originated, banking activities were performed by merchants, money lender, and individuals. This was certainly not the best way to handle currency and people’s personal wealth. The system lacked regulations and standardization making general public vulnerable to debauchery and fraud. Therefore, there was an urgent need of organized banking sector that will enable smooth functioning of the economy and safe way to handle money.  Additionally, a well-organized banking system provides: 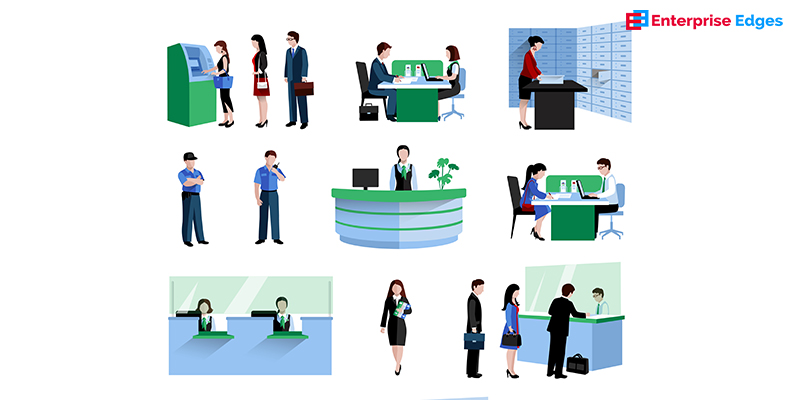 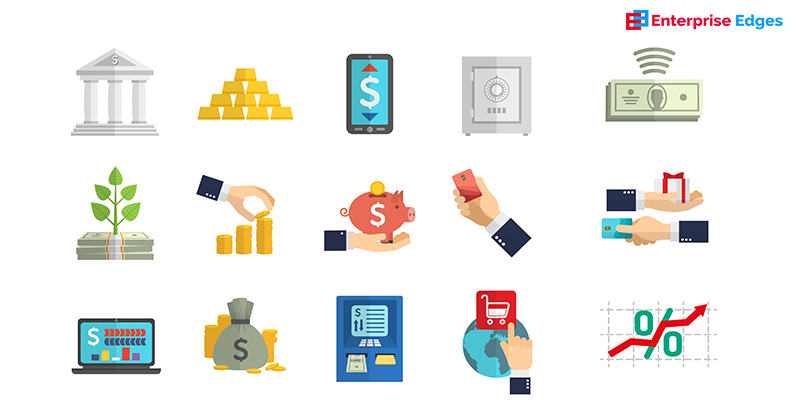 Apart from primary jobs accepting deposits and granting loans, there are several other functions of banks in the modern banking era. Consider a few services offered by the banks.

This is another important function of banks that enables us to transfer funds from one account to another, from one city to another. Alongside, modern banking systems allow us to make the direct online money transfer, pay utility bills, collection of cheques, and more. With the evolution of technology, payments can be made and collected from any part of the world.

Overdraft services allow account holders to withdraw more than what their deposits allow. Though, interest is charged on the overdrawn amount. This is one of the many ways banks lend money to their customers.

Modern banks have a holistic approach and they aim to provide all kinds of services to their customers that involve their financial situation. Modern banks are hiring financial and legal experts to provide advice and solutions about customers wealth, investment, and trading.

In the digital world, every bank is striving to make space in online banking world. With the help of the internet, banks allow their customers to perform banking activities through their official website. This allows the customer to access their account 24/7 without having to visit a physical branch.

Home banking is another rising trend wherein banking transaction can be made from home directly. These services require an internet connection or access to online banking.

Most of the banks offer credit and debit cards to their customers that can be used to purchase products and services, and even borrow or withdraw money. This is one of the most important steps towards a cashless society.

Banks also offer safe deposit to their clients to store their valuables safely, at minimal fees.

There are several ways banks offer to transfer money from one part of the world to the other with the help of demand drafts, money orders, cheques, online banking, and more.

Many banks now offer financial services to their customers. They help them make the best of their wealth by offering several investment products.

Wealth management is one of the many investment services offered by banks. It allows the customers to plan their finances to grow long-term wealth.

Apart from all this, banks also offer several auxiliary services to the customers such as solvency certificates, mutual funds, insurance services, gold coins, and more.

Today, we have a fairly well-organized and highly sophisticated banking system that includes new-generation banks along with traditional banks. In the banking industry of India, there has been extraordinary growth that has replaced traditional banking methods with simplified, accurate, and fast banking methods. Indian banks are subject to tremendous change and are expected to expand invariably.

The Role of Big Data in the Banking and Financial Industry