What is Virtual Banking?

Is virtual banking a trending term these days in the financial arena? What is virtual banking? The virtual bank can be simply understood as a bank that mostly provides services concerned with the retail banking sector. These services are offered mostly through the internet or simply through electronic modes. In other words, one doesn’t need to visit the concerned branch.

However, it is certainly not the same thing as internet banking or what is referred to as e-banking. In the case of internet banking, the bank remains available with the same services through its physical branches as well. However, in the case of virtual banking, there remains no physical branch to be visited. The products and services have to be delivered entirely and solely through the web platform, smartphones, or through any device, but not through local branches. 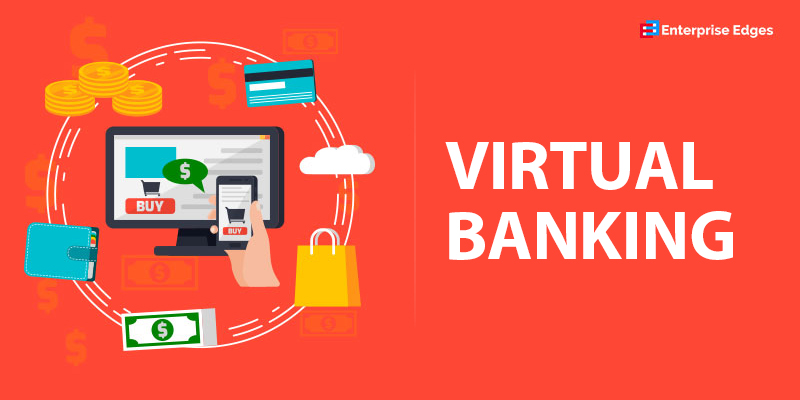 Virtual banking is significantly growing in Asia. Specifically, it is extremely encouraging in China and Hong Kong. Virtual banking in India is pretty promising too. It won’t be wrong to claim that the inception of Virtual banking has already occurred back in the early 90’s. Automated Teller machines (ATM’s) is one of the classic virtual banking examples.

Later with growing competition and customer demands and various kinds of technology-based solutions, virtual banking has indeed grown a lot. With a shared ATM network, smart card systems, smartphone banking, and the latest in the list being internet banking, the list of Virtual banking examples are expected to grow further.

It is very much evident that the most relevant virtual banking features of all these modes is their dependence on technology. The effort is constantly on towards making the significance of physical banks null. The transformation of the whole financial model has been an evolution; strong and steady. The substantial investment process is still among the tech houses aiming for every citizen to have a virtual banking account. Primarily, the emphasis is on developing applications that can be easily made available among the customers, in a more user-friendly way.

The days are imminent when financial institutions not adapting applications of such will have to deal with a competitive drawback. This is the reason behind the claims being made that technology companies are aiming to have complete hilt over global finance through online virtual bank applications.

It has changed the scenario completely, providing greater customer satisfaction. It is needless to explain how hectic it feels to stand in a long queue or to wait for every little aspect. For financial institutions, the advantages of Virtual banking lie with its greater efficacy. It has enabled financial institutions to handle several accounts of the customers. Naturally thus, the transaction numbers have grown, and thus has the profit. 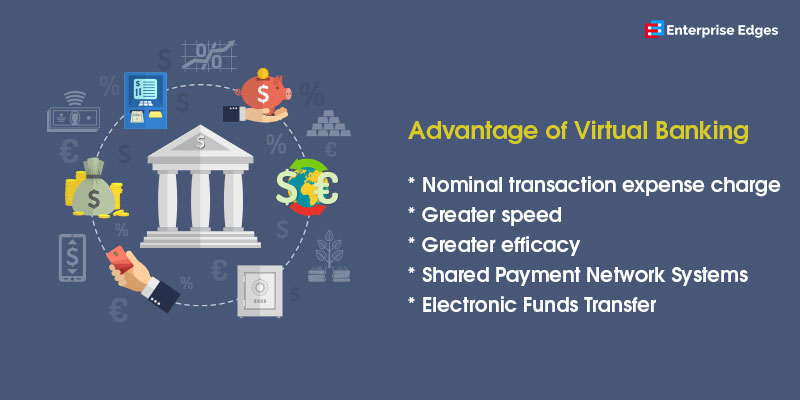 The other big advantage of a virtual banking account is the minimal expenses involved with an operating branch network. The cost is obvious to get lesser due to the greater usage of technology. At the same time, the number of staff required has significantly reduced through virtual banking.

Virtual banking has also widened the scope of providing creative service solutions for potential customers with great convenience. Shared Payment Network Systems, an Electronic Funds Transfer, is currently the most upgraded type of virtual banking in India that is already very much active in cities like Mumbai and Delhi.

The virtual business banking sector is going to be even more advanced as Very Small Aperture, or VSAT is up to provide an incredible push to the Indian Financial Network progress. This is going to enhance the connectivity level in a great way within the national financial domain.

The best part about the entire process of the virtual online banking system, however, is the greater acceptance at the customer level. By being both being swift and user-friendly, and available 24×7, a virtual banking system is said to be the prominent reason behind its growing popularity.

It’s wrong to claim virtual banking is taking over the financial institutions entirely and purposefully; rather, it would be better to claim that it has redefined the mode of financial services. In other words, it has enhanced the whole service mode. It is here to mention that in Japan, an entirely online bank called Japan Net Bank was already there in the 90s.

It is thus would be wrong to claim that the growth of virtual banking is the entire purpose of the tech houses to sell virtual banking software or something like that. Rather, virtual banking has made its presence with enhancing technology and changing scenarios of customer demands.

There is no doubt about the fact that the impeccable growth of internet technology is one of the prime reasons behind the growth of virtual banking. Today almost everyone has a smartphone, and most importantly, everyone is aware of how virtual banking works. The mass acceptance is obvious to encourage the tech houses to come up with advanced virtual banking apps.

How Enduring Is the Concept of Virtual Banking Concept?

It’s not that they didn’t face the technological transformation or the challenge of the availability of more advanced apps. Rather, it’s true that they all transformed with the changing scenario. As far as the competition is concerned, it is obvious that it will be there, but will always remain within the tech houses developing apps. After all, no one would wish to put any impact on the customer level. 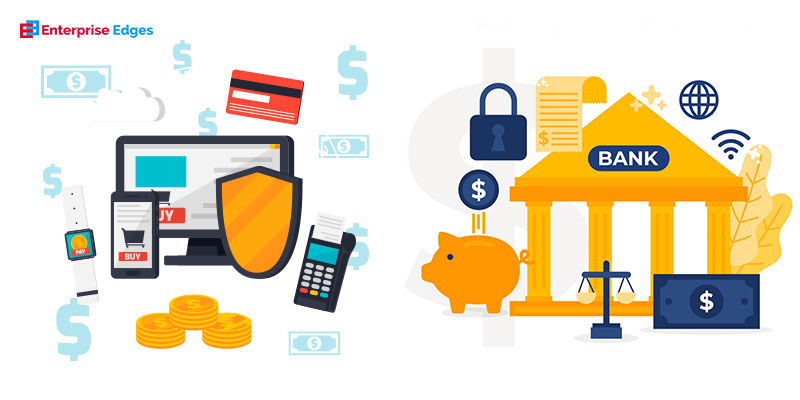 Above all, upon comparing the virtual banking advantages and disadvantages, it is quite apparent that the number of advantages is way higher. The only so-called disadvantage is the unavailability of the internet and technology at the remotest parts of the nation. Undoubtedly, this aspect is also going to be thoroughly addressed bypassing the time. In short, with stringent customer acceptance, virtual banking is at a no looking back mode.

Are Virtual Banks Free of Challenges?

It is evident through the discussions so far that virtual banking is very much the future of financial scenarios across the globe. However, it still can’t be claimed to be devoid of any challenge. The major challenge that is expected to appear for virtual banking assistants is in terms of cost.

Though the transaction cost at present is lower in comparison with traditional physical branches, it is tough to afford things at the same rate with growing complexities. Specifically, it will be challenging enough to handle a huge customer base in the total absence of a physical unit.

Expenses have to grow for handling data of a huge customer base and rigorous transactions. It’s not that every virtual bank emerging is equally successful in the financial arena; Kakao Bank has suffered from losses. Similarly, K Bank has also reported about the not-so-encouraging scenario.

It has to be understood that if there is customer demand, there has to be customer expectation as well. Not meeting the expectations, moreover, in a competitive way, may prove to be challenging. Also, with the transaction or operational costs, there remains the challenge of risk management as well. With time, security will be greater.

To provide requisite assurance about safety aspects, the banks have to provide advanced security solutions, which again has to add pressure on overall expense. To conclude things, virtual banking is indeed going to redefine the financial model entirely. How soon it is going to entirely takeover is dependent upon how effectively and quickly the challenges are addressed.

The Impact of Cloud Banking on the Banking Industry

How Technology Innovation Impacts the Future of The Payment Industry