Home Finance Everything You Need to Know about the Rs.500 and Rs.1000 Currency Ban in India
Finance

Everything You Need to Know about the Rs.500 and Rs.1000 Currency Ban in India

Prime Minister Narendra Modi, on a surprise address to the nation yesterday, announced the withdrawal of 500 rupee and 1000 rupee notes to address the issues of corruption, hoarding of black money and circulation of counterfeit currency. The announcement was put to action immediately – and within a few hours all the 500 rupee and 1000 rupee notes in India ceased to be legal. This is one of the major economical move taken by the incumbent government. 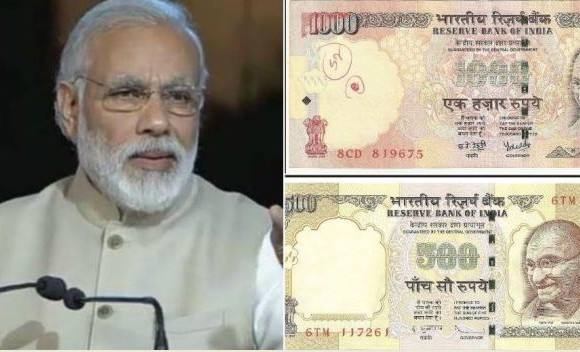 The decision has been welcomed by most of the people in country and social media platforms are overflowing with messages and memes about Modi’s unexpected move to counter corruption. The Prime Minister further announced that instead of the 500 rupee and 1000 rupee notes, Reserve Bank of India (RBI) would soon be issuing 2000 rupee notes.

Banks and ATMS will be closed on November 9th and 10th to allow banks make the transition smoothly.  Once the banks reopen, withdrawals from banks will be capped at Rs. 10,000 in a day and Rs. 20,000 in a week.  When the ATMs start functioning, the withdrawals will be capped at Rs. 2,000 per debit card per day and will be later increased to Rs. 4,000. The payment through internet banking, cash, cheque, demand drafts or debit/credit cards will work as usual.  However, there are going to be three obvious challenges:

The Mechanism to Counter Immediate Repercussions

This move doesn’t mean that the 500 rupee and 1000 rupee notes that you have will be of no use.  You can use these notes at several places. If you are a tourist in India, you can change the notes at the airport. If you are a resident Indian, then:

The Reserve Bank of India will issue new Rs. 500 and Rs. 2,000 notes starting from November 10th. It is being estimated that it will take approximately two to three weeks to replace all the old notes in circulation.

How This Move Counters Black Money and Corruption

Though this is the first of its kind of move in India, countries like Mexico, Argentina, Turkey, Israel, and Germany have successfully introduced such measures in their country in the past.  This looks like an effective method to force people to disown and bring out the hoarded black money that they have been hiding so far.

Imagine a simple situation – if you are a rich man with illegally stocked 500 rupee and 1000 rupee notes, you can’t approach a bank to convert all of them as there is a upper limit for banks to exchange. If you deposit it into your account, you will unintentionally declare the wealth that you have illegally held so far.  The situation will be same for corrupt politician who has hoarded money for election expenses or a landlord in far-flung village who has not declared his assets.

What to Expect in Future

This move will bring out some sudden and some long-term changes in the Indian economy:

While the move may be in the right direction, there are challenges on the way. If the aim is to create a cashless society in the long run, there needs to be more concrete effort on bringing more and more people from rural India on the banking platform. The Jan Dhan Yojna, the digital payment stack and payment banks are policies and ideas are still in an emerging stage. It will take a long time and concentrated efforts from all quarters to bring the Indian population to reap the real benefits of the changes brought out by this move.

5 Best Core Banking Softwares in 2016 and Beyond

What Is The Objective Of Efficient Liquidity Management...

The Revolution of the Indian Fintech Industry

What Are The Pros and Cons of Online...

What is Fintech? What Are Some of the...

Future of Fintech In Shaping Banking and Financial...

Why Cybersecurity Is Biggest The Challanges For Banking...

Overview of Risk Management Process in Banking and...

Digital Transformation Key to the Banking and Financial...

3 Challenges and 4 Opportunities of Banking and...