Overview of Classification of Banking Industry in India

The evolving banking system in India is a 100-year old sage. Going deep into the classification of banks in India, the existing banking structure is known for its extraordinary service in terms of credits and economy needs for the country. The multi-layered body is now more sophisticated with stricter guidelines and greater opportunities for customers and borrowers.

Traditionally and in the present decade, the banking structure has been helping people with savings, which eventually combined the nation’s financial conditions towards development. Now, as India steps into the year 2020, the economic development and commercial of non-commercial banks in India run parallel with the developed, advanced, and super powerful countries. 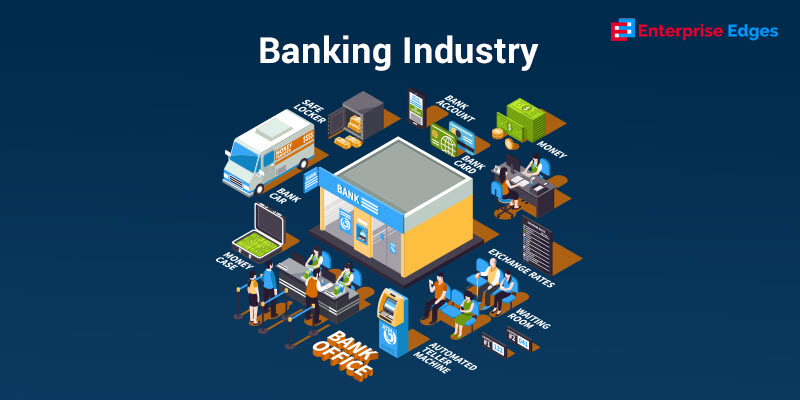 Since the introduction of different types of the banking sector in India, the banks have named several accolades and laurels. The types of banking systems in India now are not limited to the boundaries of urban areas. With the addition of technology, the remote areas have started enjoying the bliss of hassle-free banking culture.

With the rise of the 21st century, India is successful enough to have 19 nationalized banks levied with world-class convenience and distinctive classification of banks. Today, the customers conduct half of their work over the internet, or even if they are on the premises of the bank, don’t have to wait long hours to get a notice.

Gather the Right Information About the Classification of Banks in India 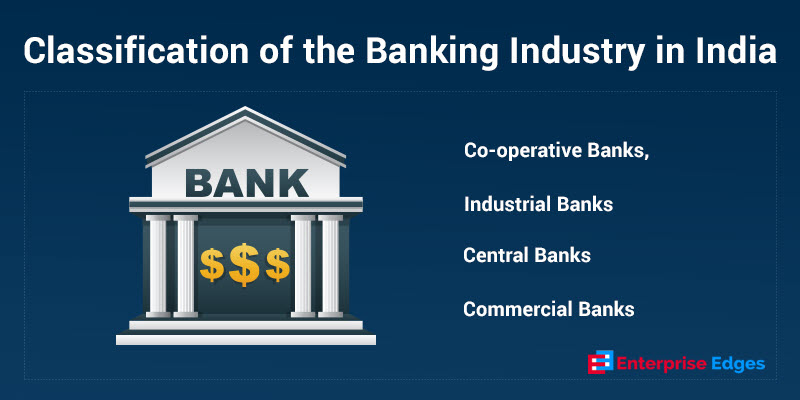 In the contemporary or modern banking culture, the specialization people find in banks is really high. In the field of finance, banks are kings. And, there are different types of banks in India that contribute towards making India an economically developed country; there are certain principal banking institutions, which give a layout for the classification of banks in India.

What do you mean by a central bank? According to the RBI guidelines, a central bank is the bank of a nation, country, and people at large. There are several functionalities linked to the working of central banking in India. The first act that the world recognizes a Central Bank is for its power to issue ‘Bank Notes.’ The Central bank is a miracle in the desert.

If this miracle didn’t happen, the banking system in India would not have evolved as much as it is today. With the involvement of a Central Bank in India, the money and credit are rightfully regulated. On top of it, this bank is also the government’s bank. The sole custodian of the nation’s foreign exchange is a Central Bank. Unlike private or nationalized banks, the main duty of the Central bank is to earn stability in terms of the economy around the country.

Under the Banking Regulation Act, 1949, commercial banks came into force in the relation of classification of banks in India. And till now, they are under the guidelines of the Banking Act. On the basis of their business model and principles, types of commercial banks in India aim to earn profits to give loans to the government, corporate units, and the general public and, at the same time, accept deposits in the form of reserves from different units. There are several classifications of commercial banks that serve different financial and banking needs.

This form of bank-created solely for the maintenance of Exchange services is known as Exchange Dealers in Foreign Exchange. The services rendered here relate to the exchange of foreign bills. The bills exchanged during the import and export of bullion are often known as exchange bills. The secondary functions of Exchange Banks are to participate in foreign trade financing works.

As the name suggests, these types of banking institutions are a help or permission-giving body for industries. When the industries want loans or capital, industrial banks come into the picture. These banks specialize in prescribing loans to industries on the exchange of share and debenture of public companies.

Co-operative or mutual assistive banks work on principles of co-organized and coordinated business model. Their basic functions are to render short-term loans to agriculturalists. The agriculturalist then buys seeds, conducts a harvest, and does other cultivation based expenditure. Co-operative banks grant loans to their members at a low rate of interest while accepting money on deposit.

There are different types of banking systems in India. The Banking system in India is the coagulation of many theories. And, in the same manner, every country varies in the banking conditions from another country. Depending upon the political structure or financial conditions, different types of banks in India came into force. India is an integration of commonly identified systems as listed below:-

Originating in the USA, one of the best types of banking systems, some parts of it are in practice in Indian banks. In this banking system, the business of banks together reports to a single office. The other name of unit banking is Localized Banking.

Stemming from the policies of England, India developed commercial banks. The commercial banks then started to have multiple branches throughout the country. This is known as branch banking.

The most predominant banking system or classification of banks in India is group banking. In group banking, two or more independently running banks are taken under the single governing principle of a holding company. Under this banking system, individual or traditional banks can either be unit banks, branched banks, or a mixture of both.

Other than the holders’ company; in chain banking, several incorporated banks are under common control. The control tool here can be a device. Experienced personnel will be in charge of it to monitor and control the functioning of chain banks. Chain banking stands fourth on the types of bank structures in India.

Apart from these four banks upon which the Indian Banking system depends, there are other forms:- 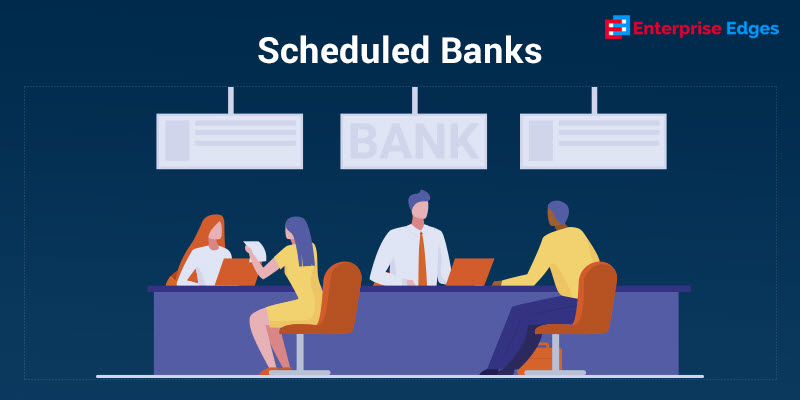 The classification of banks in India or banking structure in India follows a systematic chronology of banks, which starts from Reserve Bank of India, goes through Scheduled Banks and ends with Primary Co-operative Agriculture and Rural Development Banks. This is why many individuals get confused in understanding a Scheduled Bank.

Now, what are scheduled banks? According to the Second Schedule of the Reserve Bank of India Act, 1934; banks that are included in the RBI Act are known as scheduled banks. All banks in the Schedule of the RBI Act, 1934 include Scheduled Commercial Banks and Scheduled Cooperative Banks. These banks form an integral part of the RBI. They fulfill the eligibility criteria of RBI to obtain financial accommodation or certain statutory obligations. To become a Scheduled bank, the commercial or co-operative banks have to qualify the criteria enshrined in the RBI Act. The following points speak about the rules of the RBI Act:-

The involvement of digital technologies has made banking, in general, more secure. To know what are the recent development in the Indian banking industry, read this:-

Since March 2004, India has been practicing implanting the Real Time Gross Settlement system. This process is a well-acknowledged system in the history of India. The major functions of the development related to the transfer funds from one equitable bank to another bank. Irrespective of any financial operations, RBI holds this system to facilitate hassle-free and fast transactions. As per the name, the transfer takes place in real-time. The beneficiary receives funds instantly without any interruption of hackers.

India always welcomes new technologies. The torch-bearer of the classification of banks in India decided to implement the introduction of e-cheque. As e-governance, e-mail and e-tail are in practice; in the same manner, the Negotiable Instruments Act shall hold provisions for Truncated cheque and E-cheque instruments. These are clear substitutions of paper cheques, which are still in practice. When you lose a cheque, the fear of running out of cash due to miscreants is always there. With the e-cheque system, you don’t have to fear any third person involvement.

The new way to receive invoices that include shipping notices, bills of purchase orders, and other electronic exchange of business advice is possible because of Electronic Data Interchange (EDI). In a computer-processed forum, this type of system is acclaimed across the globe.

Indian Banking System is an ocean; with the caliber to grow large in terms of infrastructure and technology. The banking and financial industry is capable of removing deficiency in capital formation, generating employment opportunities, assisting industries financially, promoting a habit of savings, generating monetary policy, promoting new entrepreneurs and advance loans to fasten consumer activities. The future of India is dynamic and going to receive uninterrupted global trends in the financial industry. The different classification of banks in India is the prime reason; the country is open to different structural changes. There are different non-scheduled banks in India. These features together comprise a complete banking federation.

Digital Transformation Key to the Banking and Financial Industry’s Future