How Blockchain Technology is Changing The Banking Sector

Ever since the advent of the computers, the use of technology in the banking sector has revolutionized the way the money is handled. There have been numerous technologically innovative inventions that have taken over most of the traditional banking systems and changed the way the business of money is performed. The use of technology has been a drastic move which was embraced after much reluctance. However, the better use of technology has definitely increased the efficiency of banking and financial institutions and resulted in a change that is often referred to as “conventional banking to convenience banking.”

In the era of “Digital India” and cryptocurrency, the banking industry and financial institutions are expected to rapidly evolve further with the help of new emerging technological trends like Artificial Intelligence, machine learning, chatbots, and cloud technology. Another such technology that has become the talk of the town is Blockchain Technology. This technological innovation is unquestionably expected to revolutionize the banking and financial sector across the globe. It is often referred to as disruptive mechanization, and has the power to transform the entire industry.

What is Blockchain Technology? 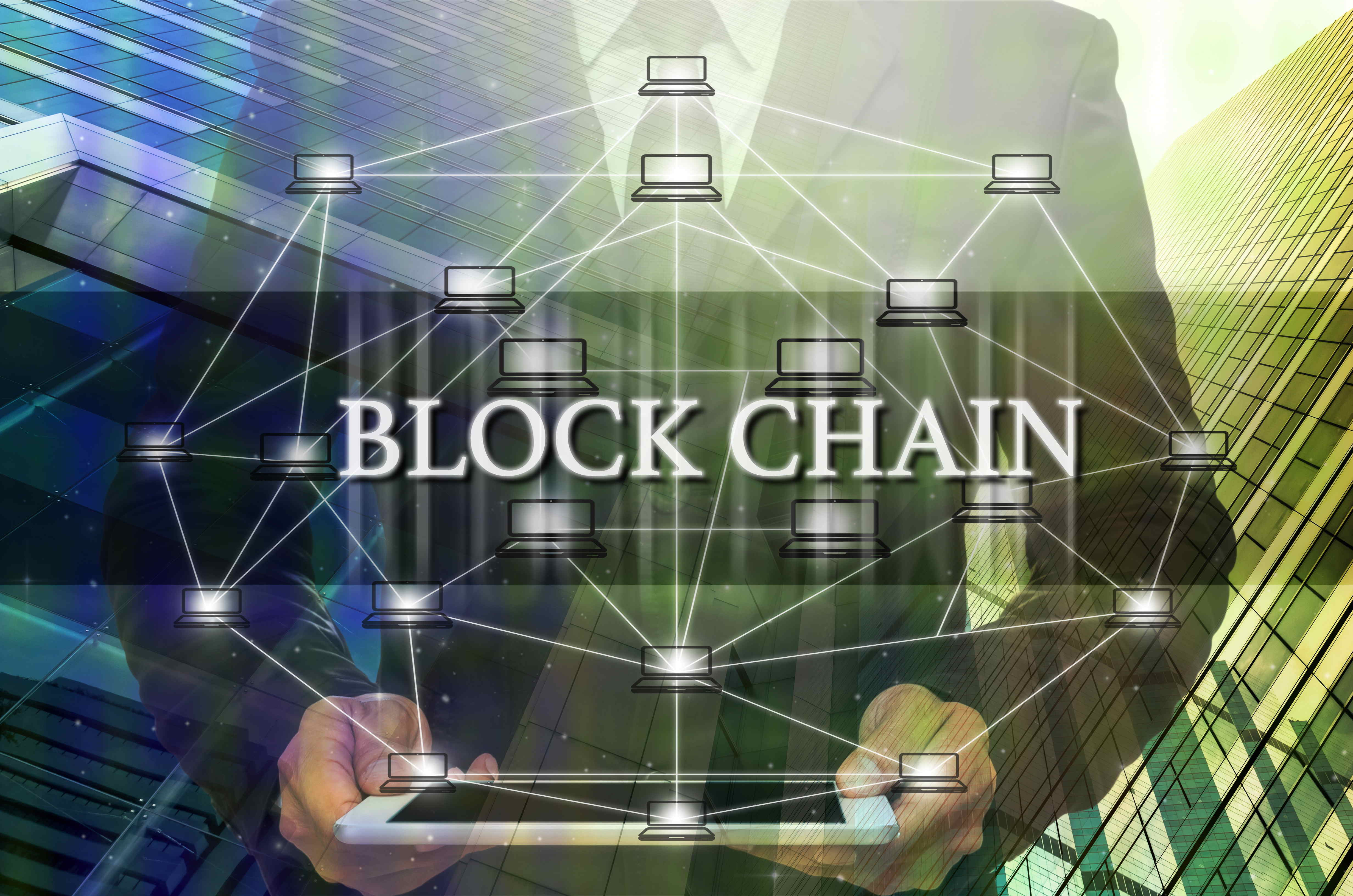 Earlier, you may have heard the term “Blockchain Technology” in association with Bitcoin and other cryptocurrencies. The Blockchain is a crucial part of cryptocurrencies, and without it, these currencies may not even be operational. However, the buzz around the blockchain technology is due to its ability to transform the number of sectors and industries like bank and finance. Blockchain is basically a technology in which blocks are created to record transactions and related database permanently, without the ability to alter it. It is a ledger technology that is constantly updated digitally and does not have a central administrator. Once the recording is made, the data cannot be modified, hence it is considered highly secure by design. The concept though is at a nascent stage, but it has already taken the technology, financial, banking and internet industries by storm.

As a concept, blockchain finds its origin in the field of computer science, cryptography and data structures. The basic concept behind blockchain technology and its secured chain of blocks was first mentioned and described in 1991 by Stuart Haber and W. Scott Stornetta. Soon after, in 1992, Haber and Stornetta included Merkle tree or hash tree to the design to make it even more efficient and secure. It is said to be a very primitive form of blockchain technology.

It was only in 2008 that Satoshi Nakamato conceptualized the first blockchain. He improved the design by adding the Hashcash-like method to create and add blocks to the network. As per the new design, these new blocks could be added without the intervention of an administrator or third party. Not long after, the concept was incorporated as a critical part of the cryptocurrency Bitcoin.

In its latest form, Blockchain technology’s benefit lies in the fact that it enables transactions between multiple parties without the central administrator, and it is highly secure and resistant to any alterations after the recording. At the same time, transactions are to a very large extent verifiable due to the involvement of a vast global network. Experts believe that this technology will be a valuable addition to several industries, especially banking and finance. Around the world, the technology has been adopted in multiple fields like B2B and B2C applications, research firms, banks, video games like Huntercoin, and many other places that operate with a permanent and transparent ledger system.

How Does Blockchain Work and How Is It Used in The Banking Sector?

Due to its association with cryptocurrencies, Blockchain was initially looked at with a lot of incredulity by banks. However, over a period of time, this technology has gained popularity and it is forecasted to take over the traditional banking models.

The banking and financial sector see tons of transactions every day, and blockchain is expected to simplify the process of recording, processing, securing and validating these transactions. The technology is claimed to be a very efficient model to carry out these functions and reduce the dependence on users to verify the data.

Blockchain technology in banking is a simple procedure wherein the computers process the transaction as soon as the request is made. When the transaction is completed, the technology verifies the transaction and creates a new block using this information. This block is then chained to the next block with the help of cryptographic technology. This way enormous transactions can be recorded in what is called as “ledger” in the cryptocurrency world. This ledger can be accessed by anyone with the permission to do so. However, once verified and recorded, this blockchain cannot be changed. It requires a massive technological infrastructure and computing power to do so. At the same time, it has the ability to protect the identities of the users and work in a safe and anonymous way.

Buying and selling of stocks and shares is again an elaborate process that involves a lot of intermediaries. Therefore, with the ability to decentralize the system, blockchain technology will remove unnecessary interventions and intermediary steps.

The constantly upgrading distributed ledgers will solve a number of issues associated with the clearance and settlement systems. Through this system, tracking transactions and keeping them transparent will be easier.

Trade Finance is a paper-heavy sector and requires technological upgrading. Experts believe blockchain technology is the answer to the problems of this industry. With the help of this technology, the traditional systems can be modernized and eliminate the intensive paperwork and bureaucracy involved in it as all the information is integrated and updated in real time and can be viewed by all the members having access to the network.

Banking is impossible without identity verification, which is a tedious and elaborate task. Banks are striving to keep a shared digital database of their customers’ identities in place. However, it is still a work in progress and expected to be achieved with the advent of blockchain revolution. This technology will eradicate the need of repeated registration process and even allow the users to choose how and who to share their identity with.

Loan through banks can take a few days before it is processed to the borrower. Several banks and financial institutions are experimenting with this technology to speed up the process and make it more transparent at a lower rate of interest. With the help of a decentralized ledger, the compliance procedure can be fast-tracked, and if a customer block is created by one bank, the procedure need not be repeated by other banks.

7. Bookkeeping and Other Back-End Work:

Banks across the globe are interested in blockchain application in the banking industry because it can be effectively used for record keeping, accounting, and other back-end operations. All the records can be kept in one block and are cryptographically secured. It reduces time and cost and is free from human error.

Banks are hoping to reduce the cost they have to bear to abide with KYC norms. Banks invest tremendous time and effort to achieve this task. It is obvious blockchain technology will make all the information to all the banks available in real time. It will help in bringing down the chances of fraud and crimes.

These are just a few areas of application of blockchain in banking. The technology has a wider scope of implementation. Apart from these, the banks and other institutions are exploring its potential in the field of funding, crowdfunding, creating credit reports, auditing, and money transfers.

Benefits of Blockchain in Banking

So, not only blockchain technology can save banks enormous money, but it can also speed up the work and make their systems more transparent and risk-free. It is believed to significantly lower the cost and improve the efficiency of banking and financial institutions. Although questions have been raised about the system’s security, the cryptographical structure makes it a robust design which is very difficult to hack. However, some critics believe it is important to provide layers of security to authenticate the members or parties having access to the blockchain. At the same time, since blockchain technology functions on a public platform providing access to everyone on the system, privacy is another concern.

Blockchain technology is going to bring a major change in the banking and financial industry and many big banks are already working on it by creating a secure and distributed database. Despite its challenges, this is one of the biggest steps towards an efficient, speedy and secured banking and financial systems. The methodical approach of blockchain solutions is definitely going to benefit the businesses in many ways. However, there is a lot of work to be done for its effective and flawless implementation. Even if not so soon, this technology is bound to be a monumental change in the history of the banking industry.

What is Next for the Banking Industry in India